The Hainan/Jianfengling (JFL) 60 ha site (1000 m × 600 m) was established in 2011 and first census was completed in 2012. It is located in Jianfengling Nature Reserve in southwest Hainan Island, China. The Jianfengling region has a tropical monsoon climate, with the wet season from May to October and the dry season from November to the following April. The annual rainfall is between 900 mm and 3700 mm. The annual average temperature is 24.7 °C, with the coldest and warmest monthly average temperatures being 10.8 °C and 32.6 °C, respectively.

Based on the atmosphere station near the 60 ha site (4 km), the annual rainfall is between 1305 mm and 3686 mm in the mountain rain forest. The annual average temperature is 19.8 °C, with the coldest and warmest monthly average temperatures being 10.8 °C and 27.5 °C, respectively. There are eight vegetation types in Jianfengling. Mountain rain forest is the dominant vegetation type where the 60 ha site is located. The total number of plant species in Jianfengling reserve is 2,839, including 552 introduced species.

We have finished the first re-census from 2018-2019 and data is available now. We have also measured the soil nutrients, functional traits and phylogenetic of all plants in the plots. Soil fungi and bacteria data are also available.

We also monitored the seedling growth dynamics from 2013-2019. Tree dendrometer were installed on about 4100 trees with DBH larger than 5 cm in the plot from 2015.

Dataset of species diversity at different scales from the 60 hm2 plot in the tropical montane rain forest in Jianfengling, Hainan Island (2012), which can be downloaded from the following website. 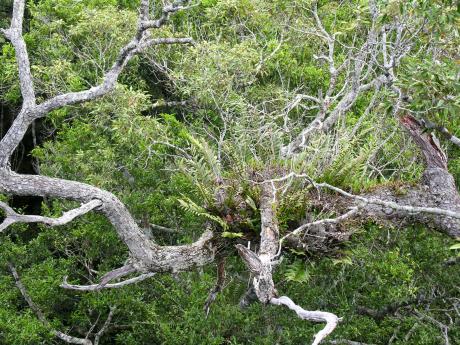