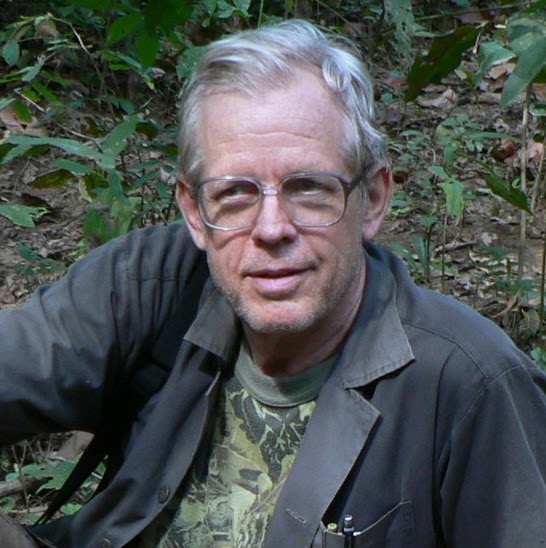 Warren Brockelman has been living in Thailand with his family since 1973. Prior to that, he completed his Ph.D. in zoology at the University of Michigan (1968), served a two-year tour of duty in the U.S. Army Medical Service Corps during the Vietnam War, when he was assigned to a medical research unit in Bangkok, and then joined New York University where he taught ecology in the biology department for three years. After moving to Thailand he spent the remainder of his teaching career in the biology department, Faculty of Science, Mahidol University, where he taught ecology and animal behavioral ecology, and helped to start a new graduate degree program. His research interests have spanned evolutionary ecology, human parasite transmission and the ecology and behavior of gibbons, as well as forest ecology. He has written a number of papers on methods of survey of forest gibbon populations and has worked with the Primate Specialist Group of the Species Survival Commission of IUCN, and on several survey projects supported by the Wildlife Conservation Society. He has also worked with a number of NGOs and local government agencies to promote studies of biodiversity in Thailand.

Most of Brockelman’s field research has been carried out in Khao Yai National Park in Central Thailand, where he has helped establish an important long-term field site for the study of gibbon (Hylobates lar) ecology, social behavior and speciation (there is a zone of overlap between two gibbon species in the park). Around 2000, he established the 30-ha Mo Singto ForestGEO plot, which is now supported by the National Biobank of Thailand, under the National Science and Technology Development Agency. This plot features studies of seed dispersal by mammals and birds as well as forest dynamics and effects of climate change. Brockelman does not intend to retire from research and is employed part time by NSTDA.

National Science and Technology Development Agency of Thailand
Back to Top