At Jianfengling, Hogan studied the relationship between the quantification of root and leaf functional trait plasticity, such as intraspecific variation, and the soil and forest age gradient. Days were spent sampling root and leaf traits, while nights were spent washing, scanning, drying, and weighing root samples. Root functional trait will be related to leaf level traits, specifically focusing on chemical traits as they relate to soil chemistry.

Hogan became interested in studying below ground functional traits about a year ago when he started his PhD work. “Oscar Valverde-Barrantes introduced me to the joy of digging, looking at, and studying tree roots.  The more I got into the literature, the more I realized how little we know about roots and most belowground processes in tropical forests, compared to leaves or aboveground processes,” Hogan said. 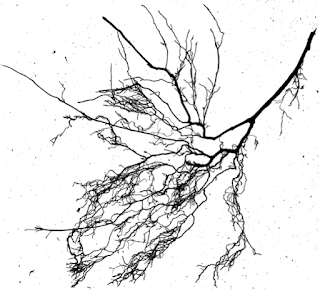 “I think one of the greatest potential findings that may result is the quantification of root and leaf functional trait plasticity (i.e. intraspecific variation) across a soil and forest age gradient. The sampled transect spans two mountain peaks from secondary forest deep into the more primary forest area of Jianfengling, Hainan, which incorporates a substantial amount of environmental variability found in the area,” said Hogan.

Hogan has been an active collaborator with ForestGEO since 2011, when he volunteered to participate in the tree census at the Luquillo site in Puerto Rico. Hogan will continue his PhD studies at FIU, and ForestGEO looks forward to his future research findings within Jianfengling and other forest sites.

You can read more about J. Aaron Hogan's research on his website and blog here: http://www.jamesaaronhogan.com/.

Related Site(s):
Hainan
Back to Top